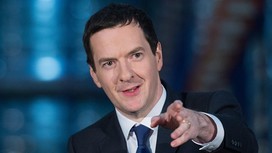 Pensions: how flat-rate tax relief could affect you

Pension tax perks for higher-earning savers are set to become less generous, as George Osborne prepares for a major overhaul of the pensions system.

Financial advisers say higher earners should act to make the most of current rates of tax relief before an expected announcement in the March Budget.

What could happen in the Budget?

The chancellor has spent the past six months mulling options for reform of pension tax relief, ranging from the radical creation of a “pension Isa” to minor tweaks to savings allowances.

A flat-rate system would be much less generous to higher- and top-rate earners but would do more to encourage basic-rate taxpayers to save into a pension.

Where could the flat rate be set?

The government is alert to the fact that most tax relief is skewed to higher-rate earners, while arguably those on low to middle incomes are in more need of a tax incentive to save.

Given this, a flat rate is likely to be set between the current higher rate of 40 per cent and the basic rate of 20 per cent.

The actual rate will depend on how many billions the government is seeking to save by reforming the pension system. The higher the flat rate, the lower the tax take for the Treasury.

Many in the pensions industry have called for a flat rate of between 25-33 per cent, because this will provide a bigger incentive for low to middle income earners, but not slash higher-rate incentives too deeply.

How will it affect me?

Higher- and top-rate taxpayers could be thousands of pounds worse off, either through their pay packets or in the pensions, if a flat rate of less than 33 per cent is introduced.

Pension allowances — how you are affected (40 per cent taxpayer)

Hargreaves Lansdown has calculated that a higher earner paying 40 per cent tax and currently making pension contributions of £10,000 a year will be £1,500 worse off under a 25 per cent tax relief rate, or £1,000 less if the rate is 30 per cent (see table).

Conversely, a basic-rate pension saver will receive a big boost from a shift to a higher rate of tax relief.

How will it affect my tax position as a higher-rate taxpayer?

Willis Towers Watson, a consultancy, has calculated how much “end-to-end tax rates” would rise for higher and top-rate pension savers under a system where tax relief on contributions was flat rate but remained linked to income tax bands when the pension was taken at retirement.

Pension allowances — how you are affected (45 per cent taxpayer)

It should be noted that the 25 per cent tax-free lump sum, and tax-free investment growth of pensions are still attractive, if they remain in their current state.

In previous years, Mr Osborne has not been afraid to make dramatic changes to tax rates overnight. However, changes involving pensions tax relief are more complex.

“Changing the amounts of tax relief individuals receive will affect all pension schemes and providers, employer payroll arrangements and the tax authorities,” said Steven Cameron, regulatory strategy director with Aegon, a pension provider. “These changes will take time and even April 2017 could prove challenging.”

Further changes to the lifetime allowance, the annual allowance and tax-free lump sum could be also be in prospect, as could the use of “salary sacrifice” arrangements to reduce tax bills on pensions contributions.

What should I do?

Advisers say that if you are a higher or top rate payer, it makes sense to mop up any previous unused allowances, or bring forward any planned pension contributions, before the Budget on March 16. Under “carry forward” rules, it is possible to make pensions contributions of up to £180,000 this tax year, by using any unused allowance from the previous three tax years.