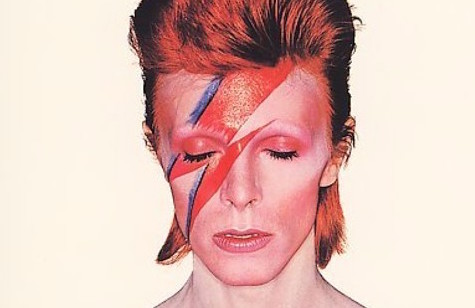 David Bowie will be remembered for pushing the boundaries of music and fashion. But he also blazed trails in finance.

The British musician, who died Sunday after a struggle with cancer, in 1997 raised $55 million by selling off the rights to his future earnings. The groundbreaking sale of so-called “Bowie Bonds” made Mr. Bowie the first musician to securitize the royalties from his back catalog, which, unlike many artists, he fully owned.

His timing was spot-on: The deal landed amid Wall Street’s burgeoning fascination with exotic products, but before Napster and its ilk crashed sales of recorded music.

“David was looking at one point to sell his songs. But then he realized these were his babies and he didn’t want to,” said David Pullman, an investment banker who carved out a niche securitizing rock ’n’ roll royalties after launching the Bowie Bonds.

When the singer came to Mr. Pullman’s midtown Manhattan office, the banker suggested a novel piece of financial engineering: Direct the future stream of earnings from his first 25 albums into a segregated financial vehicle, then use it as collateral for a bond—signing away the rights to his music, but only temporarily.

“His first response was ‘what’s securitization?’” Mr. Pullman said. “But once I explained he didn’t hesitate for a second. He embodied the idea that it was important to try something new.”

Prudential Financial bought the debt in a private deal, organized by Mr. Pullman’s firm. The terms were 7.9% interest for 10 years. The songs then went back to Mr. Bowie. Financial details were scant because the transaction was private.

Demand for the deal was red hot, said Mr. Pullman, and sparked a flurry of business for his firm—with artists including James Brown and Marvin Gaye selling off future royalties income in return for an upfront payment.

“At every investor conference, the first question from investment firms, insurance companies, rating agencies, was ‘did you meet David?’” Mr. Pullman said. “The second question was, ‘did you meet Iman?’” he added, referring to the singer’s supermodel wife.

The deal was a landmark in the growing market for so-called asset backed securities, in which bankers sold debt backed by cashflows thrown off by everything from coal plants to sports teams.

“It was an innovation,” said Rob Ford, a London-based Bowie fan who manages portfolios of asset-backed securities. “Ultimately it put the template in place for securitizations linked to all kinds of assets.”

It wasn’t clear exactly why Mr. Bowie wanted to sell his songs. In “Lazarus,” a track from his latest album, he sings: “By the time I got to New York / I was living like a king / Then I used up all my money.”

Mr. Bowie cashed in on his back catalog at a time when digital downloads were first starting to cannibalize record sales. In a 2002 interview with the New York Times, he said that he didn’t expect copyright to exist in 10 years’ time, and that music was likely to become a commodity “like running water or electricity”.

Some big institutions also tried to meld asset-backed securities and entertainment at around the same time as Mr. Bowie. Both Nomura and Royal Bank of Scotland attempted to bundle together the future income streams of a large number of artists to dilute their risk. But the idea never truly took off. Most artists lacked a big enough body of work to provide the steady cashflows to back a bond, according to Mr. Ford.

A lack of enthusiasm on Wall Street hasn’t killed off the idea entirely. San Francisco-based Fantex Holdings issues securities tied to the future earnings of professional athletes, and filed with the Securities and Exchange Commission late last year detailing its intention to bundle the prospective income of 10 athletes into a single security.

Write to Tommy Stubbington at tommy.stubbington@wsj.com